Headed up to Red Robin for lunch with my buddy so we could try one of their new signature drinks, the Octoberfest Milkshake! 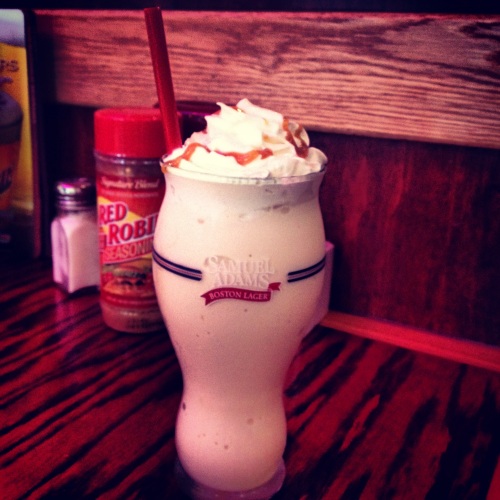 This bad boy is made with vanilla ice cream, caramel, vanilla syrup and Samuel Adams Octoberfest beer. It’s an interesting comination of flavors and textures. The beer itself is a marzen-style ale which has plenty of caramel brewed into it so it goes really well with the vanilla.

I won’t say it’s good or bad, but I will say that I think you have to like the Octoberfest beer in order to get any real appreciation out of this concoction.

This entry was posted on October 7, 2012 by A.C. Noia. It was filed under Beer, Restaurants and was tagged with restaurants.