I had quite a lot going on for National Beer Day Weekend 2017. There was a bit of serendipity in the fact that Beer Day fell on a Friday, I happened to be able to take the afternoon off of work and Ma Nature decided to give us one last taste of cooler weather as the temp dropped to about 73 degrees.  Perfect storm as far as a good beer-sampling weekend goes. 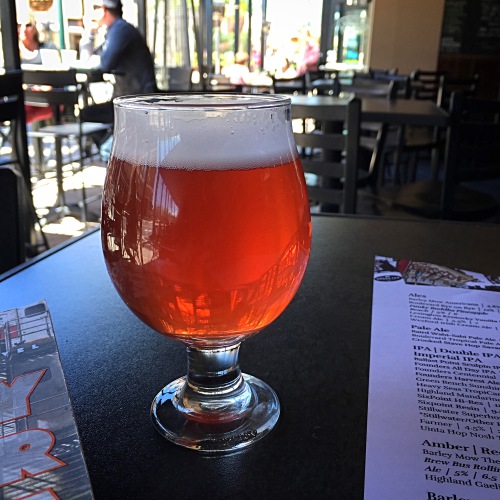 Started at the Brass Tap with a Victory Kirsch Gose. I’ve mentioned Kirsch before as one of my favorite goses. Tart cherries, a perfect amount of salt and just enough of a hint of coriander to not be overpowering. 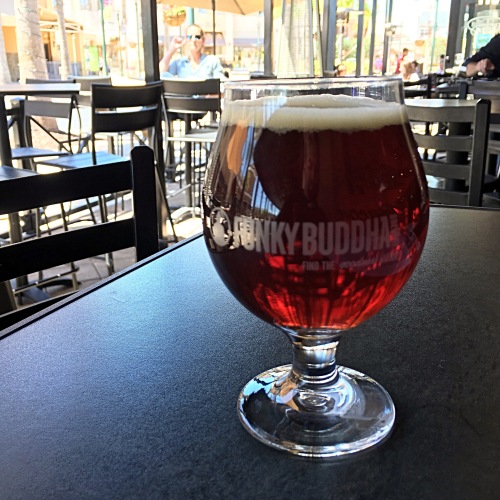 Moved on to Funky Buddha’s “What is that, Velvet?” Red Velvet Cake Ale. I love the sweetness that this one has throughout, right down to the cream cheese frosting flavor on the back end. And because of the name I now have Eddie Murphy’s old man voice stuck in my head…

Not everyone was lucky enough to get out of work early on a Friday afternoon so on Saturday our crew observed National Beer Day with a little fiesta at my friends’ lakeside abode. And no beer fiesta is complete without a little cornhole. As you can see. my team is winning…

In the spirit of the day, many new brews were on hand to try. 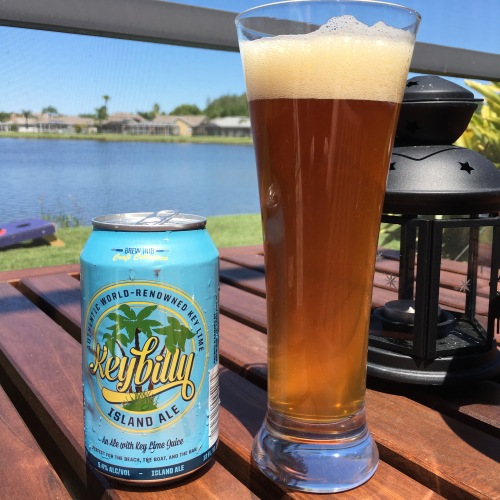 Brew Hub’s Keybilly Island Ale. Sweeter and less tart than I was expecting but a nice rounded key lime flavor throughout. 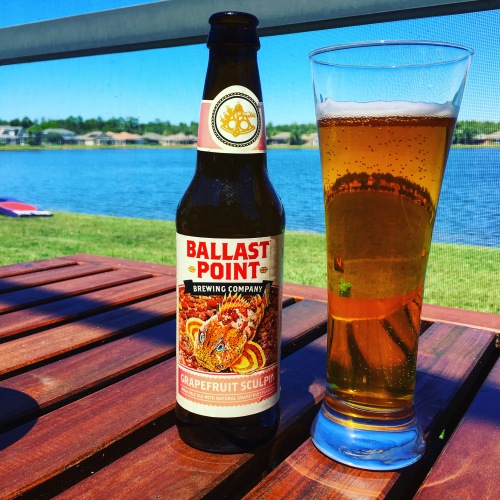 Ballast Point Grapefruit Sculpin. I’ve avoided this beer for quite a while because the price-point pissed me off (unless they’re brewing it with flecks of gold, there is no reason for this to be 16 dollars a six-pack). However after trying it I have to admit this may be worth the price tag as this is an incredible IPA. Hoppy and crisp with solid grapefruit notes and a nice carbonation. 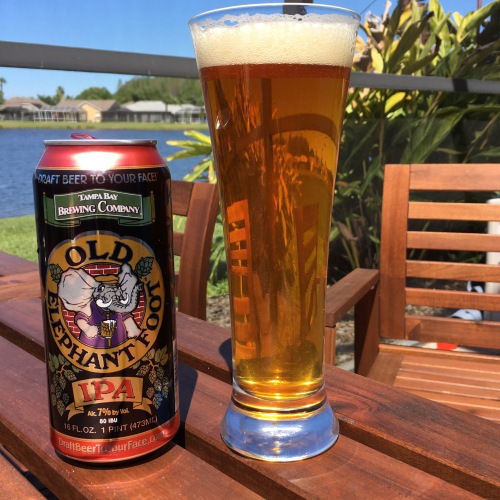 Red Brick Brewing Company’s Laughing Skull Amber Ale. Since my first crack at this one for New Beer Friday a few years ago, I’ve found that this beer has improved its flavor immensely. All the same notes are there but the edge has mellowed significantly.

A fiesta needs eats and a decent charcuterie slate always scratches the itch when drinking beer, especially when you know which cheeses to pair them with.

My friends cooked up a great meal of burgers, Hawaiian chicken kabobs and some grilled pineapple (which was very good by the way).

Pineapples right on the skewer with the peppers and onions made for a pretty damn flavorful piece of chicken. Need to try this one on my own at some point in the future (with maybe a little jalapeno to balance the pineapple sweetness with some heat).

Skewers on the plate with cucumbers, tomatoes and goat cheese and a nice macaroni salad. The Hawaiian Chicken paired very well with the Keybilly Island Ale.

While everyone else was munching on cookies and cake for their desert I turned my focus to some sweeter brews for mine.

Due South Caramel Cream Ale w/Vanilla Beans – Absolutely loved this one. Sugar on the nose, malty and an on-the-dot caramel flavor that carried from the first pull to the back end.

Lagunitas Brown Shugga Ale – Not my first rodeo with this one, but just as great as I remembered it. The brown sugar notes made for a hearty backbone.

Good weather, good food, good beer and great friends. Can’t ask for a better weekend than that. Do anything special for National Beer Day? Leave a message in the comments section below!

For the Walking Dead’s Season 7 Finale, Terrapin Brewing Company cooked up something special. 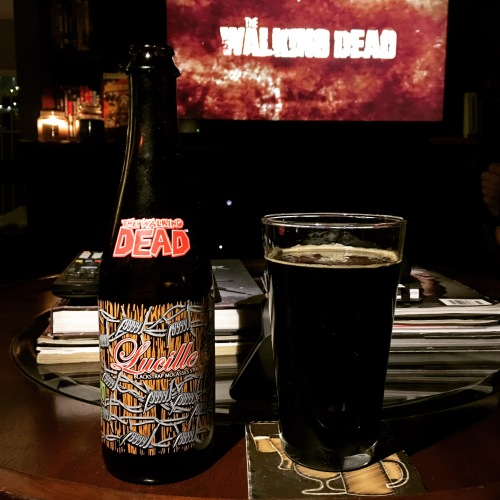 Every so often Terrapin brews a one-off and they never disappoint. For those not in the know, this season’s Walking Dead antagonist is a charismatic, leather-clad psychopath named Negan who beats people to death with a razor-wire wrapped baseball bat he lovingly refers to as “Lucille.” Terrapin has managed to take this character’s swagger and insanity and brew it into an incredible stout.

Lucille pours a dark blackish-brown with about a half an inch of frothy, khaki colored head, that dissipates very fast but leaves quite a bit of lacing on the glass. On the nose is a fragrant bouquet of leather and smokey bacon.

On the first pull the molasses notes come through right off the bat and mellow into some subtle hints of vanilla. On the back end are some earthy smoked wood flavors that round everything out with just a touch of what tastes like maple syrup.

Like Negan, this brew is complex and I’m loving this one. Perhaps it’s the smoked wood, but this tastes like an apocalypse and it was an excellent accompaniment to this season’s finale. Terrapin nailed it.

Tried Terrapin’s Lucille? Leave a message in the comments section!