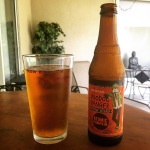 Today would be a day that those unfamiliar with the Law of Large Numbers might call a coincidence. Not only is it Friday, my preferred day of the week for trying new beers, but it’s also the first day of Fall which is my favorite beer season. For today’s New Beer Friday, I’m kicking things off with a literal bang and trying New Belgium’s new Fall release, their Voodoo Ranger Atomic Pumpkin Ale. That’s a lot of “New.” 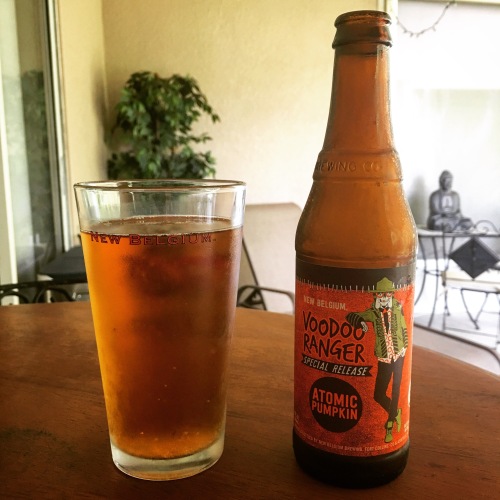 New Belgium Brewing always has some really creative one-offs especially when it comes to their Lips of Faith series. But like last year’s seasonal, the unusually tart Pumpkin Cranberry Ale “Pumpkick,” this spicy brew is something special. I tend to associate any of their beers tagged with the Voodoo Ranger moniker as an IPA or something similarly hoppy, but that is not the case this go around.

Atomic Pumpkin pours an orange-gold color with almost no head and just a little bit of lacing on the glass. On the nose is a significant bready aroma of pumpkin pie with a hint of vanilla and just the slightest little inference of the forthcoming habanero peppers.

Mouthfeel is surprisingly light and crisp. On the first pull are those solid biscuity pumpkin pie notes complete with the traditional cinnamon, allspice and clove flavors. It quickly mellows into something almost reminiscent of creamy vanilla ice cream. Then on the back end, the habanero peppers hit you right in the craw. It’s not overpowering or too spicy, it’s just there, leaving this pleasant little tickle and a perfect warming feeling (though I dig heat so “not too spicy” to me may mean something completely different to you).

In an age where people roll their eyes every time someone mentions the word “pumpkin,” this is a unique brew. I love both pumpkin and spicy beers and this marriage is something that scratches the itch and simply hasn’t been done before.

Tried the Atomic Pumpkin? Leave a message in the comments! 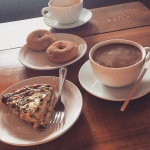 Post Irma, most retail locations were out of power, food or both. That’s why in addition to being incredibly grateful that we made it through the hurricane relatively unscathed (especially given the devastation it wrought on some of our neighbors to the south and east), I’m also very glad that one of my favorite local coffee and pastry shops, Buttermilk Provisions was up and running immediately following the storm. 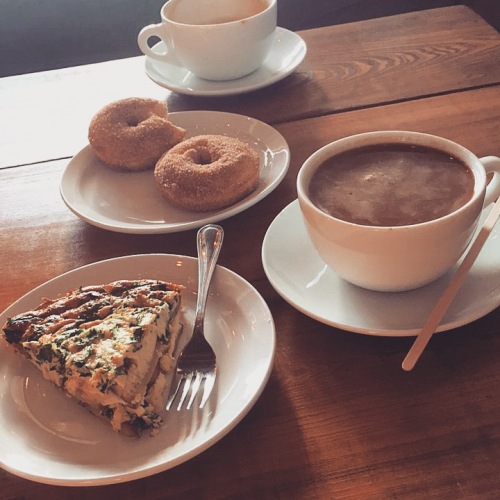 The Spinach, Mushroom and Gruyere Quiche was a perfect dish of cheesy goodness. The Vegan Cinnamon and Sugar Donut was surprisingly moist. And I maintain that the Buddy Brew coffee kicks the crap out of anything you can get anywhere else.

The proprietor greeted us with a warm smile and a genuine concern for how we fared during the storm. Between that, and the food, it was a much needed bit of normal after what had been a crazy week leading up to Irma’s Florida landfall.

THIS is why I support local business as often as I can. You cannot get this kind of comfort at a Starbucks.

And remember Florida… the food abides… and so do we….