Decided to hit up the New Tampa location of Acropolis Greek Taverna for lunch. My girlfriend had never tried it and I haven’t been there in quite a few years but having just recently ate at Hellas in Tarpon Springs, we weren’t expecting to be blown away. Turns out it was better than I remembered. 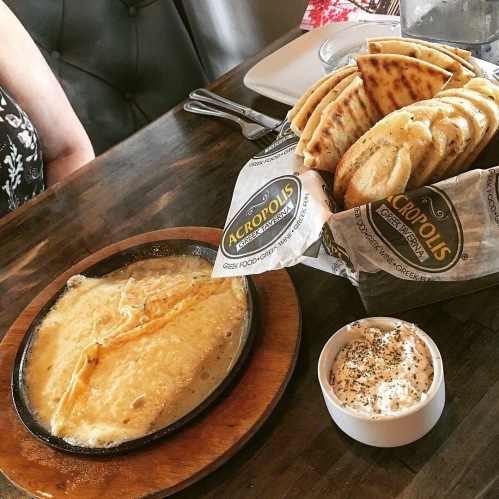 Saganaki Flaming Cheese – This has quickly become one of my favorite Greek staples regardless of the damage it is likely doing to my cholesterol levels.

Spread over fresh-baked pita or bread this makes for a good appetizer. The only disappointing part is it coagulates very fast so you have to work quick. That wasn’t a problem for us and I doubt that it would be for most. 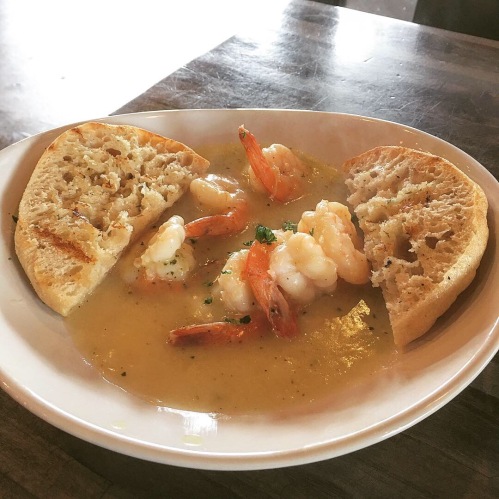 Shrimp Tinos – This sauce on this shrimp was top-notch. I expected it to taste greasier but it wasn’t and the artisan bread was a good compliment to sop up what was left in the bowl. 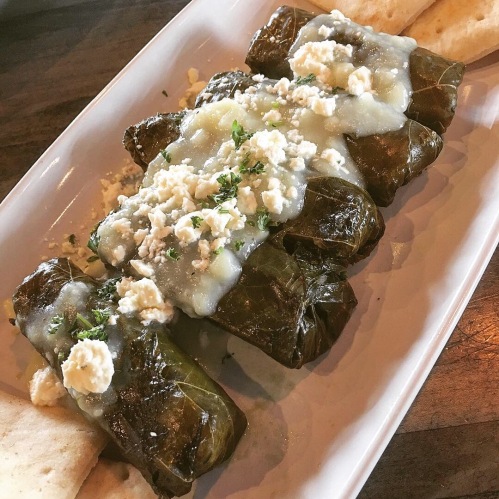 Dolmades (Stuffed Grape Leaves) – As mentioned before, I’ve been out to Tarpon Springs and almost every Greek restaurant puts beef in their Dolmades. Since I do not eat red meat I usually have to bypass these. However Acropolis makes theirs vegan which turned out to be a plus for me. The lemon sauce is quite powerful and that’s a good thing. 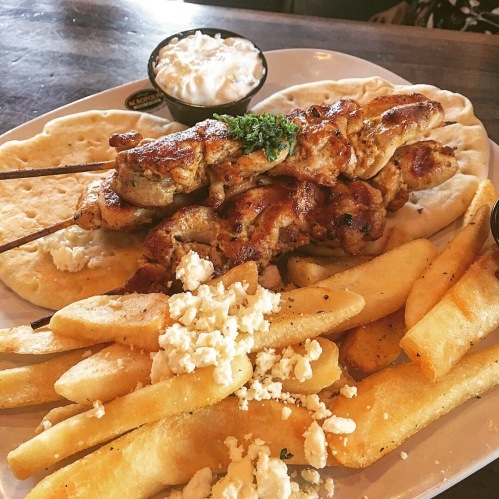 Chicken Souvlaki – This dish was done well, however my sole complaint would be the use of thighs instead of white meat. Don’t get me wrong, I like the occasional dark piece of chicken and I understand it makes the texture closer to actual lamb souvlaki, but it just felt slightly off. Still enjoyed the flavor of this dish.

Acropolis gets another round of praise for it’s service and its portion sizes. Our server was spot-on the entire meal and the portions left us with another two full meals to take home with us. Given that the price was more than reasonable, this deserves every bit of it. Acropolis is a worthy inclusion

Tried the New Tampa Acropolis Greek Taverna or one of its other locations? Leave a message in the comments section!