Last night some friends of mine took me out to celebrate my upcoming 40th birthday. Among some really great gifts were a couple of beer-related gems. 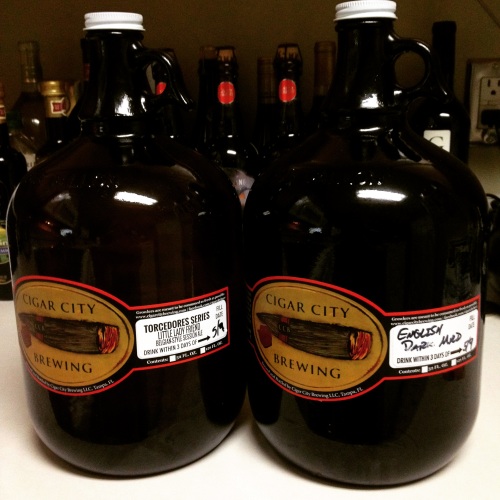 Two of my buddies stopped by the Cigar City Brewery and picked up a couple of growlers. One is the Little Lady Friend which is a Belgian Session Ale and the other is the English Dark Maduro a slightly different take on their Maduro Brown Ale. I’ve never tried either of these varieties before so I’m looking forward to cracking at least one of these open tonight.

And they will be served in one of these. Another group of friends picked me up some really cool new beer glasses and had my initials laser-etched into them.

While I’m sitting on my lanai drinking a couple of brews, I might as well enjoy some reading material as well. Another friend gave me the Great Florida Craft Beer Guide which is guaranteed to lead me on some great beer-seeking adventures in the very near future.

Huge thanks to all my friends who came out to celebrate the fact that the earth rotated around the sun 40 times since I was born. I’m a lucky guy…

A belated “Happy Holidays” from the Food Dude!

It’s been a crazy couple of months which would account for the lack of posts during this holiday season. I thought I’d wrap everything up with a catch-all post. Better late than never, right?

I believe my last post was a quick shot of the Thanksgiving supplies so here’s a follow up pic of the cooked turkey. 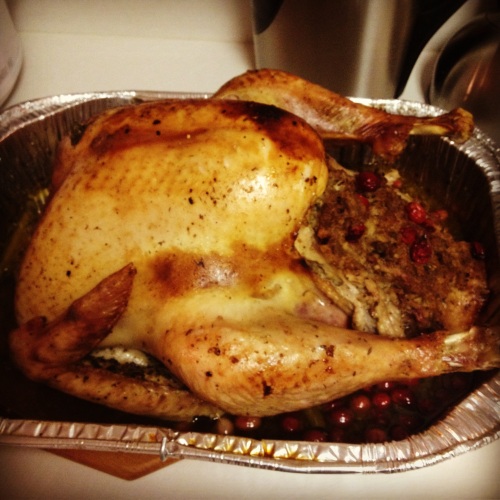 Simply dressed with butter, sage and tarragon and stuffed with a sage turkey sausage and cranberry stuffing, the bird came out really well. 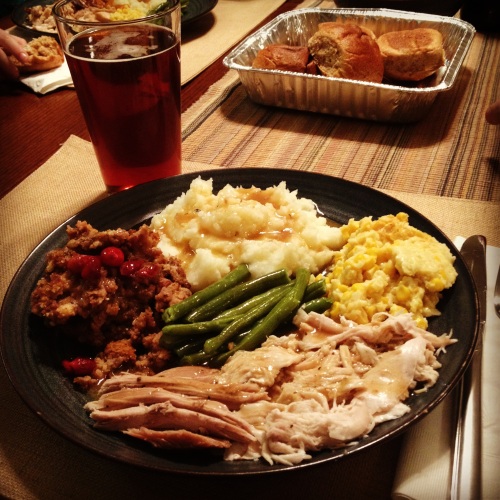 Stuffing, mashed potatoes, corn souffle, and green beans; I’m a creature of tradition when it comes to food holidays. In the glass is Cigar City Brewing Company’s Good Gourd, one of the best pumpkin ales I’ve ever had (look for a review in next year’s Pumpkin Beer Round-Up!).

Speaking of tradition, I hosted Christmas Eve this year and when I host I always make a Linguine with White Clam Sauce. This is a simple recipe that my family has been making for as long as I can remember. As good as this looks, it’s even better eaten cold out of the container on Christmas morning. Sounds weird but trust me, it’s good. In the glass is Southern Tier Brewing Company’s Krampus a spicy Imperial Helles Lager which went along great with the seafood.

Christmas Day was spent with some very good friends both of whom are excellent cooks and while I don’t eat red meat and thus didn’t partake in the Beef Tenderloin, I’d be hard pressed to say it doesn’t look good. 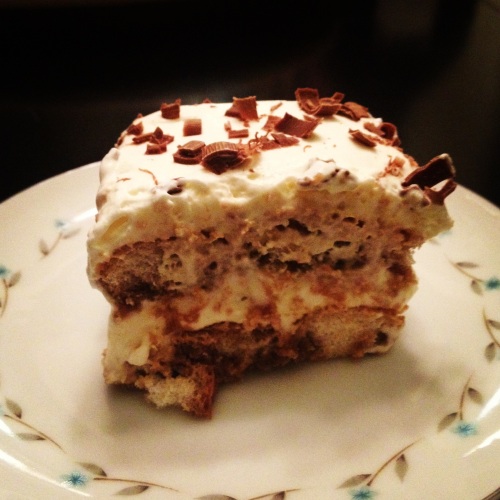 My friend also made a from-scratch Tiramisu which I did partake of and I’m glad because she did a kick-ass job.

So another one of my friends is hands-down the best holiday gift-giver I’ve ever known. She’ll remember something you said two years ago and not only present you with an insanely well-thought-out gift but also give it you at the perfect time. This year, said gift was a professional-grade Atkins digital probe thermometer. 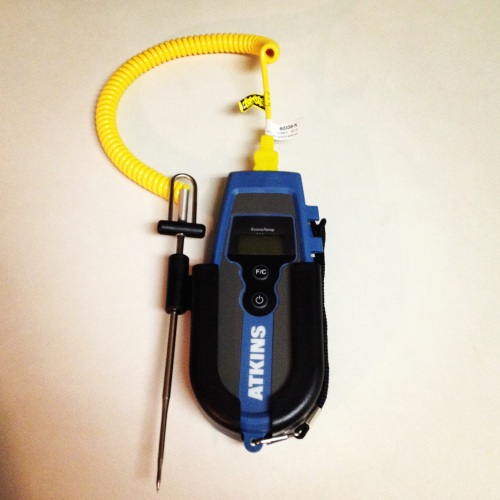 First of all I’ve been wallet-lusting after one of these things for quite some time now but it’s one of those purchases that always gets bumped back in favor of other things that become more necessary. But second, I just switched over to an infra-red grill and I’m having some trouble learning how to control the heat. A thermometer like this will be invaluable for learning how to successfully cook with the new grill type. See? Best… gift… of the season…

Topped the holidays off with some more great friends on New Years Eve where we stuffed our faces with Cheese Fondue, Asiago Risotto Balls, Barbeque Biscuit Cups, Oreo Balls and basically anything bad we could squeeze in before the post-holiday dieting season began. Topped everything off with some bubbly when the ball dropped and you can’t ask for a better New Year than that.

So Happy New Year from the Food Dude! Hope everyone enjoyed their holidays as much as I did.