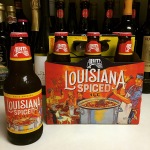 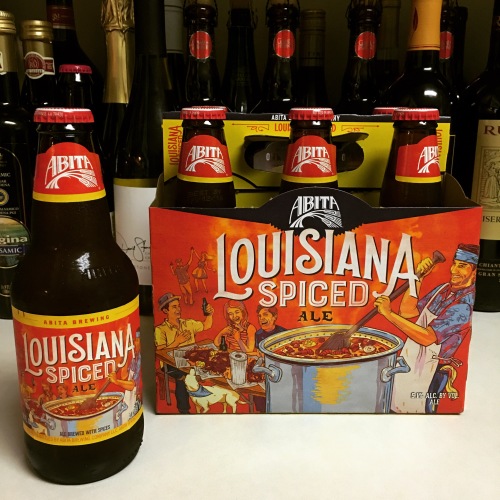 I randomly came across Abita’s Louisiana Spiced Ale at the store the other day and thought it would make a great New Beer Friday brew. Admittedly, I have little experience with vegetable/herbed beers but even from my vantage-point, this one is obviously unique. To be completely honest, this ale is not going to be for everybody but for those with an adventurous palate, there’s little to be disappointed by. 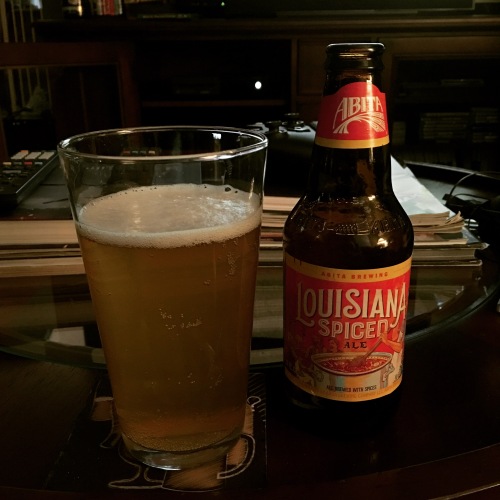 Abita’s Louisiana Spiced Ale pours a golden yellow with quite a bit of haze to it. There was a full inch of bubbly head that dissipated quickly with some spotty lacing on the glass. It gives off a slight aroma of citrus before yielding to a host of Cajun spices.

The first pull is honestly a little confusing. For about half a second, it almost tastes like a saison or a farmhouse ale but that note immediately retreats and you encounter the spices. It’s loaded with paprika, bay leaves and heavy dose of cayenne pepper. Those flavors mellow out on the back end and that’s when you can taste the vegetables, most notably, celery and a little bit of tomato. That note of cayenne continues through and sticks around afterwards.

As with most Abita brews in the past, I enjoyed this one. It’s definitely an interesting mix of flavors that are not commonly used and this would pair well with Cajun food. So much so that I’m planning on making a batch of jambalaya tomorrow night just to have something to serve this beer with.

Easily worth picking up just to try it, though again, it’s not for everyone. If you’re planning a crayfish or crab boil or you intend on cooking up some gumbo or other Cajun fare this is the perfect complement. 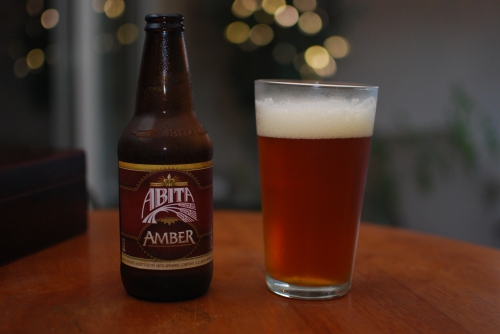