I’ve long sung the praises of Big Storm Brewing Company as one of my favorite Bay Area microbreweries. This past weekend I got a chance to stop in to check out their new taproom in Pasco County, just next door to their old one. Apparently I missed their Grand Opening celebration by a day, but that was actually okay because it afforded me the opportunity to take it all in without having to deal with a crowd.

Decked out in gray wood and coastal colors, it’s a much larger space than their old taproom but it retains the wide open feeling of the previous location with the brewery floor right there in the same space.

A large full-sized bar replaced the old four-seater and 20 taps ply their current catalog of brews in 5, 7, 10 and 16 oz glasses. I loved the 5 oz option as it gave me the chance to try a great deal more varieties than I would have been able to with full pints.

And of course the beer. The folks at Big Storm truly care about beer and that love is apparent in every single ale and lager they make. While not full-fleged reviews of each, here’s a couple of the beers I sampled:

Started light with the Berry Subtle Strawberry Saison. With Florida strawberries in season right now this was a good call as a brewing component. A light and refreshing beer, this didn’t have the aftertaste I usually associate with saisons which is a good thing. 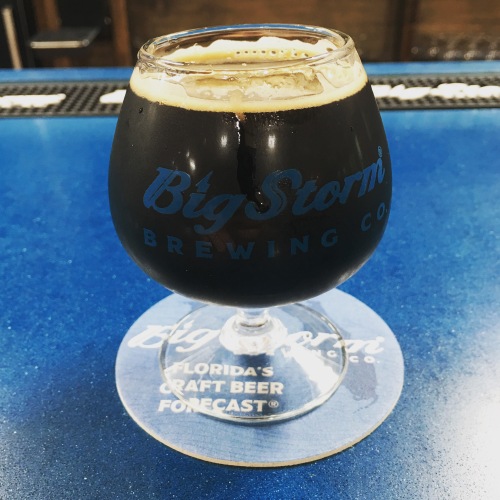 Turned it up a notch with the Lie to me Imperial Cherry Chocolate Stout. Cherries and chocolate go incredibly well together and this strong and heady brew utilized that combination well. 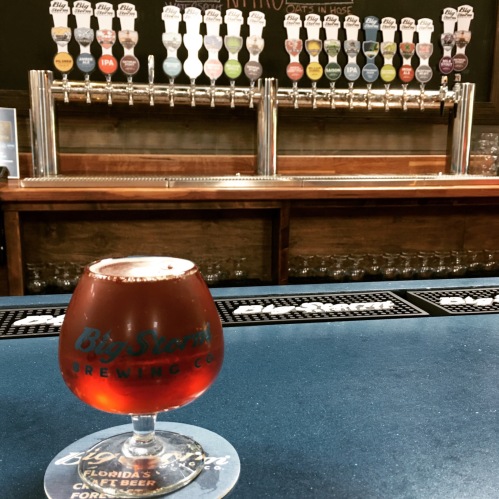 The Red as Rain Irish Red Ale was something special. Irish Reds typically have a somewhat burnt note on the back end because of the heavily roasted grains. This one had a very smooth body with no burnt flavors and it left every other Irish I’ve tried in the dust.

As a one-time brew for their Grand Opening they made a special version of their Waterspout Milk Stout with Cocoa Nibs. Really dug this one and its flavor was reminiscent of a chocolate milkshake.

And of course no visit would be complete without the beer that first introduced me to Big Storm, the Wavemaker Amber Ale. I still maintain this is the best Amber Ale I’ve ever had.

As I’ve said, I’ve long heralded Big Storm as one of the best breweries in the ever-growing beer scene in the Bay Area. Between their amazing beers and their new taproom, there’s no excuse not to pay them a visit.

This entry was posted on April 23, 2016 by A.C. Noia. It was filed under Beer and was tagged with Big Storm Brewing Co., Wavemaker Amber Ale.