Best of the ‘Fest! – The Best of the Tampa Bay Area’s Local Oktoberfest Beers

For the last six weeks anyone who follows my Facebook or Instagram might have worried that I’ve become an alcoholic as I’ve checked into and posted photos from a rather large number of local breweries. There was a reason for my madness however and my labors have born fruit as I’ve now managed to sample a good majority of the local area Oktoberfest lagers.

We are extremely lucky that we live in one of the most brewery-dense locations in the country and this gave me the opportunity to try a slew of different offerings. The Marzen is one of my favorite styles of beer and I was surprised at how many good ones were brewed this year.

Prepare yourselves. This is going to be a long one… 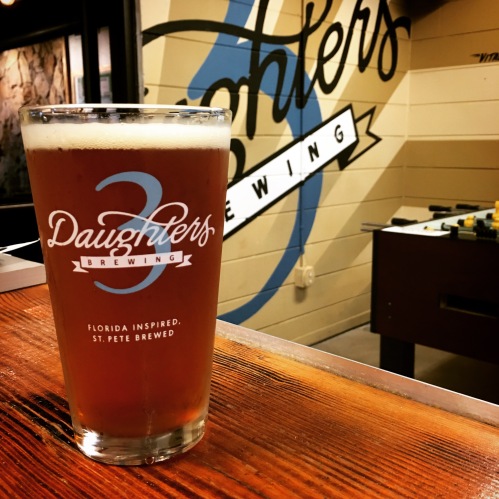 3 Daughters Brewing – 3 Daughter’s “Mission to Marzen” Oktoberfest pours a solid amber color with 1 finger of white head. Nice and malty with a good caramel finish, the sweetness of this beer is significant without being overpowering.

Pinellas Ale Works – PAW’s “Pawtoberfest” Marzen pours a deep brown with half a finger of reddish head. This brew boasts heavily toasted malt notes and comes across slightly stronger than an Oktoberfest typically does, but it’s a solid offering nonetheless.

Cycle Brewing – Cycle’s “Das Rad” Oktoberfest Marzen pours a deep red with 1 finger of white head. Bready with heavy caramel notes, this one had a slightly bitter finish, but it worked well overall. 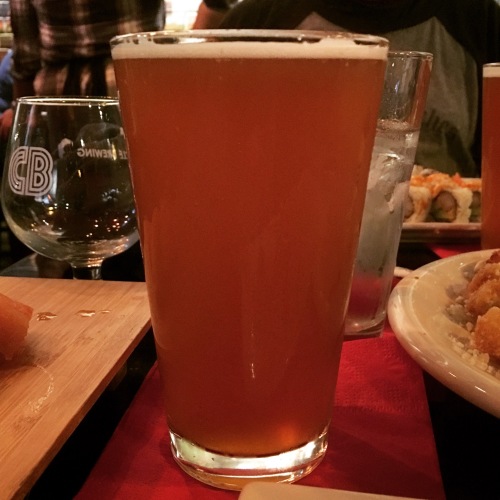 Barley Mow Brewing Company – Barley Mow’s Oktoberfest Marzen pours a light reddish-brown with half a finger of off-white head. Hoppier than I was expecting with subtle notes of apricot mixed in with the caramel and spice. It’s worth noting that this was the only Oktober I didn’t try in the actual brewery. The Lure in St. Pete had this on draft so I took the opportunity to sample and it’s a good thing I did because I might have otherwise missed the opportunity.

Cage Brewing – Cage’s “Uncle Fester” is one of only a few local breweries that opted to go for a Festbier instead of a Marzen. As such it pours a lighter golden color with almost no head. Because of the style, this was hoppier, more floral and had a significant bite at the end. Regardless of the fact that I prefer Marzens this was unique and I found it quite pleasing. It probably helped that it was a hot day and Cage is an open-air brewery & tasting room. 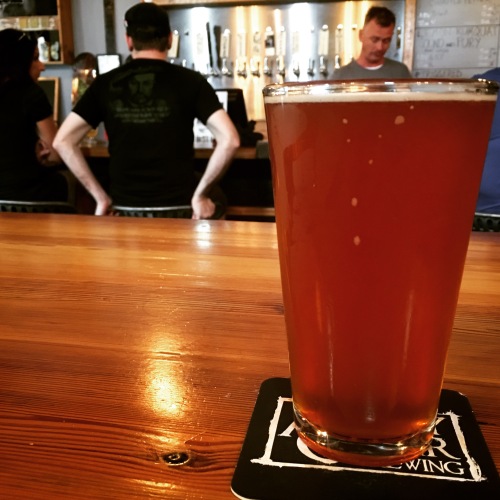 Angry Chair Brewing – I’ve found that Angry Chair simultaneously produces some of the most creatively experimental as well as some of the most well-balanced beers around. Their Oktoberfest Marzen is the latter. Pouring a deep amber with almost no head and slightly more carbonation than is typical, this is a nice roasty, malty lager. Angry Chair’s Oktoberfest is one of the more drinkable Marzens around and it went down FAST.

Cigar City Brewing – One of the only other breweries to veer away from the the Marzen route, Cigar City’s Oktoberfest Festbier pours slightly darker than Cage’s Uncle Fester (though the filter on my photo app is making it appear darker than it really is; color is actually closer to what you see at the bottom) with a half-finger of bright white head. This is a drier beer with a more hoppy, floral note. This brew is a zythophilian statement on the end of summer transitioning into the fall. And yes I’m going to give myself credit for the legitimate use of the word “zythophilian.”

Big Storm Brewing Co. – Big Storm’s Oktoberfest Marzen was easily my favorite of all the local offerings. Pouring a deep amber with two full fingers of bubbly white head, this brew had it all; sweetness, caramel, slightly toasted malt and an incredibly smooth finish. For sole drinkablity, this one tops the list.

Tampa Bay Brewing Company – TBBC’s Oktoberfest Marzen pours a very clear reddish-gold with a finger of bubbly white head. There are strong caramel and biscuit flavors with just a slight hoppiness on the back end. Another rather drinkable Marzen and worth trying. 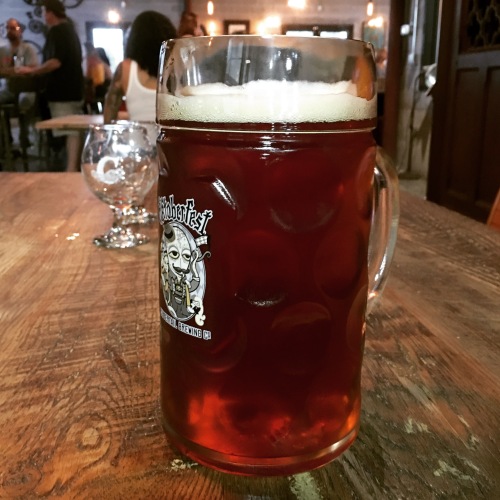 Coppertail Brewing Co. – Coppertail’s Oktoberfest Marzen is what kicked off this entire endeavor. They had an interesting take on the traditional Oktoberfest and it made me want to see how other breweries interpreted the style. Pouring a deep red with almost two full fingers of bright white head, this lager is brewed with more hops than I’ve ever experienced in a Marzen before. It retains those characteristic caramel and malt notes but has a nice flowery bouquet with quite a little bite at the end. I know that doesn’t sound like it would mix well but Coppertail pulls it off. 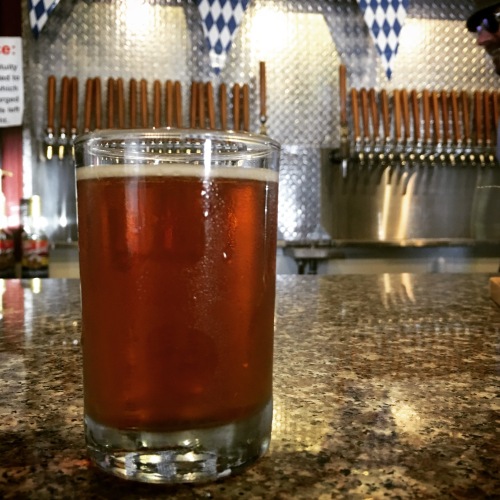 Rapp Brewing Company– Rapp Brewing’s Oktoberfest Marzen pours a lighter orange color with about half a finger of white head. With lots of caramel and malt notes this brew was was easily the sweetest of all the local offerings. 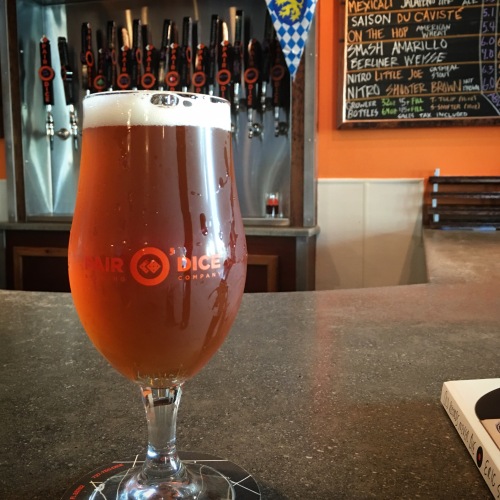 Now not all the local establishments opted to brew an Oktoberfest per se, but some did brew some really notable Dunkels. If you know your history, you know that the Dunkel was the Oktoberfest progenitor of the current Marzen and Festbier styles we currently know and love so I’ve decided to include a few of the more notable ones.

81Bay BrewCo. – 81Bay has a pretty large menu for a newer kid on the block. Their “Not on Porpoise” Dunkel pours a rich brown with about a finger of cloudy white head. Full of roasted malts there are deep chocolate notes that round out on the back end with almost no bitterness.

Rapp Brewing Company – Yes, Rapp makes the list twice. I’ve already sung the praises of Rapp’s Munich Dunkel in a previous post so there is very little more I can say about this one other than once again emphasizing how insanely tasty this beer is.

And there you have it folks, Tampa Bay’s Best of the ‘Fest. These brews have been listed in no particular order and while I have no one favorite overall I will go out on a limb and give some props in a few categories: Angry Chair had the most balanced Marzen, Coppertail the most unique take on one, Cage Brewing offered the best Festbier and Big Storm rounds out the list for being the most drinkable of the bunch.

Unfortunately there were a couple of that I did not get to try, most notably Dunedin Brewery’s 2016 Marzen. I’m hoping that by the time I make it up there, they will still have some left but if not there is always next year. I’m also hopeful that some of the newer breweries whose more recent openings made it difficult to pursue a traditional Oktoberfest will have the time to do so in 2017. I look forward to some new ones while seeing how these old favorites are further refined.

Have a favorite Tampa Bay Oktoberfest Lager? Leave a message in the comments!

Came for the Oktoberfest, stayed for the Dunkel! Rapp Brewing Company’s Munich Dunkel

For the last couple of weeks I’ve been sampling a number of local area Oktoberfest beers in an effort to pull together enough to write a piece about the Best of the Bay. Yesterday’s sampling took me to Rapp Brewing Company, a place I had yet to make it to previously. I’m glad I did because in addition to the great Oktoberfest lager I came in for, I discovered something else even more amazing.

Not only is Rapp an incredible craft beer operation specializing in German styles (with a huge variety totaling almost 40 taps), but it boasted one of the best Dunkel’s, if not one of the best beers I’ve ever had.

Ladies and Gentlemen, I give you Rapp Brewing Company’s Munich Dunkel…

The Munich Dunkel pours a rich dark brown with about a finger and a half of khaki-colored head and significant lacing on the glass. There’s a nice bready aroma with just a subtle hint cocoa.

This brew boasts a surprisingly enjoyable mouthfeel; lighter than I’d expect this kind of beer to have but still thick enough to grab your tongue. The toffee and malt flavors are abundant on the first pull with notes of toasted biscuit and a little nuttiness. On the back-end it rounds out to a nice solid caramel finish with a dash of chocolate. What I enjoyed most was the noticeable absence banana notes which seems to be a common trend among Dunkel recipes and I’m not the biggest fan of banana.

While I love almost every style of beer, it’s no secret that my palette tends to skew towards the dark side especially in the cooler months. However I can honestly say that my preference is not coloring this opinion: this is easily the best Dunkel I’ve ever had. An older gentleman sitting at the end of the bar was also singing the praises of the brew with a giddy, childlike glee as if he were a kid with an ice cream cone. It’s safe to say I’m not alone in my opinion.

This is a full-bodied, drinkable Dunkel and if I had the time and was not driving I would have stayed for at least three more. If you dig Dunkels you’re doing yourself a disservice by not stopping in and trying a stein and I can’t recommend it enough.