I know it’s the fall and I’m usually all about the dark beers but this one was worth noting. 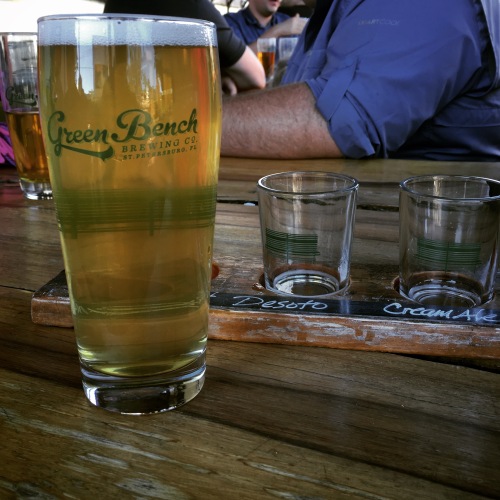 For an IPA, the De Soto Low Session from Green Bench Brewing Co. was remarkably mild with a mellow bouquet and only a subtle hoppiness. Clocking in at only 2.5 ABV, this was easily the most drinkable IPA I’ve ever had. Definitely a viable alternative to a macro-brewed light beer.